I have tried again and again to point out that there is something fishy going on when world-wide drug-industry campaigns are targeting the gay, black and hispanic populations, coercing them into doing polyreactive tests where a sore throat, pregnancy or a run-down immune system can land you with a death sentence you’ll never escape. Not to mention the accompanying barrage of harassment to take deadly, toxic drugs, mandates looming on the horizon, electronic data-basing and tracking of ‘high-risk patients’ top on every government’s list of priorities.

Why is it so very hard to believe that the multinational drug giants who brought us the Nazi gas chambers, Agent Orange, pesticides and war funding galore would want anything other than to pursue their time-honoured mission of genocide? A mission focused most passionately on those of ‘questionable sexual orientation’ and black people – who for that matter are equally filed under ‘questionable sexual orientation’, since the sex disease HIV-AIDS is not only a ‘gay disease’ but a ‘black disease’. One that is apparently spread by Africans who, despite starving in their millions, seem to be having non-stop, uncontrollable sex orgies, with monkeys even, and spreading their killer sex disease to the many alarmed white people in decent civilised society. What a shocking threat to national security indeed. Roll in the HIV testing mandates before we’re contaminated and soil the sacred purity of our white bodies and souls. . .

I have often shared Anthony Brink’s eye-opening photographs of an AZT bottle, the substance that the governing bodies of the world are terrorising people into taking, or even forcing them. 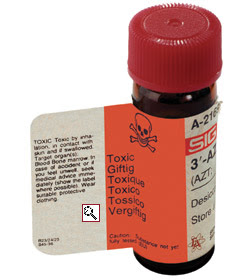 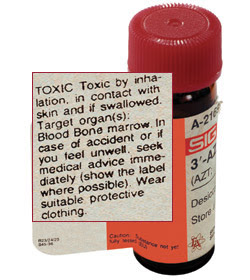 I wish I knew why I haven’t been able to shake this unmovable faith that even my most intelligent friends have embraced. I take comfort in the work of people such as Anthony Brink, Sylvie Simon and Olivier Clerc who, unlike me, manage to find the words that explain this cultural, spiritual, in fact religious crisis that is tearing our world apart.

I have taken the liberty of quoting several paragraphs, respectively, from Olivier Clerc’s ‘Modern Medicine: The New World Religion’ and Sylvie Simon’s chapter from the Ten Biggest Lies about Vaccines, ‘Lie No. 1: Pasteur was the Benefactor of Humanity’.

I do this in the hope that friends, family and others will question their deep-rooted belief and trust in the dogma of medical industrial ‘science’, and more particularly that of virology. I believe the doctrines of virology to be at the heart of our culture’s ideological and emotional fixations on disease, our relationship to authority and the nature of reality itself.

I would also strongly encourage people to read Anthony Brink’s Letter to MEGA TV, ‘Manufacturing Greek Consent’ on the issue of HIV-AIDS and the corporate media.

It is a revelation in how easily and unthinkingly we have fallen into a state of trust in a racist, corporate regime.