H-E-R-V not H-I-V
An On/Off Switch for Retroviruses – Can it be that Simple?
by Liam Scheff

First, this is an area of exploration I’ve been reaching into, but am now firmly committed to, with many thanks to Cal Crilly (who I believe we are all indebted to) for leading the way. I hope you’ll jump in the pool with me. Keep your waders on and kick your feet, we’ll all learn on the way. Here goes…

Science Daily presents a new study describing an “on/off switch for retroviruses.” Did you know turning retroviruses off was that simple? Contradictions abound – here they describe retroviruses as ‘fatal,’ but intended for good; but they are generally considered normal, ubiquitous and non-toxic, except when they’re talking about their favorite cash cow, “HIV.”

“ScienceDaily (Apr. 10, 2010) — A University of British Columbia doctoral candidate has discovered a previously unknown mechanism for silencing retroviruses, segments of genetic material that can lead to fatal mutations in a cell’s DNA. The findings, published in the journal Nature, could lead to new cancer treatments that kill only tumour cells and leave healthy surrounding tissue unharmed.”

How do they intend to do this neat trick? By using an enzyme which determines how DNA is expressed. This brings us in line with Cal Crilly’s breakthrough analysis of ‘methylation,’ ‘demethylation,’ and the creation of retroviruses in AIDS, cancer and auto-immune diseases. END_OF_DOCUMENT_TOKEN_TO_BE_REPLACED

RTB: No one thinks and no one writes quite like Cal Crilly. There’s deep insight and deeper connection in his process, and all AIDS researchers and critics should read his work. (I wish he’d write a few short articles to sum up some of the major planks, but work through it – it’s worth it). Reprinted from Sepp Hasselberger’s LaLeva.org blog.

HIV Tests Are Not Tests 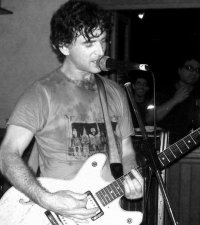 Well I’m sure this is the first time a serious dismantling of the HIV antibody test has ever reached a mainstream publication and I bet the AIDS researchers involved are beginning to sweat and get a tad worried about losing their jobs. HIV Test Are Not HIV Tests. By Professor Henry Bauer. (Printed in the Journal of American Physicians and Surgeons 2010).

For 26 years they been fluffing on about sex viruses destroying our T-cells and giving us the mantra that their toxic pile of rubbish is going to save us. At the moment South Africa is actually on the edge of disaster because the AIDS scientists are campaigning to get EVERYONE in South Africa tested for HIV and President Zuma has gone along with the medical colonialists by offering himself up for testing. He knew he’d be alright because he had to take the HIV test before after that “washing himself in the shower after sex to make sure he didn’t get HIV” scandal, you all remember don’t you? But if you look closely it never sounded very convincing. END_OF_DOCUMENT_TOKEN_TO_BE_REPLACED